Steel Tariffs and Exemptions Create Uncertainty: Here's What We Know

On March 8, the White House announced it will apply a 25% tariff on steel imports and a 10% tariff on aluminum imports. The rationale? To level the playing field for distressed aluminum and steel companies and their workers. Perhaps it's the way I was raised, but I have always thought that when the federal government comes knocking and asks “how can I help you?” you should think twice before opening the door.

We've already discussed some of the unanswered questions about how the steel and aluminum tariff impacts your raw material supply chain. Let's take a step back and look at how the uncertainty undoubtedly shakes things up. 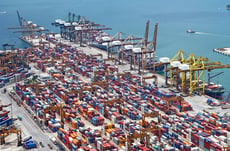 While the Trump administration’s willingness to take bold and decisive action on glaring trade imbalances ignored by previous administrations is laudable, Washington’s attempts to ‘help’ may come with a plethora of unintended - and negative - side effects.

The biggest unknowns are the retaliatory measures that other nations and trading partners may take – China has pledged retaliation and the EU is reportedly mulling sanctions on everything from Kentucky bourbon to Wisconsin cheese. While Trump may have simply been maneuvering for more leverage on bilateral and multilateral trade relationships across the globe, many wonder how well he thought this one through. It’s high stakes poker for sure. But is anyone really surprised? We’re talking about Donald Trump after all. Love him or hate him, subtlety is hardly his strong suit.

On March 22, the White House announced that Argentina, Australia, Brazil, Canada, Mexico, member countries of the European Union, and South Korea are exempt until May 1, 2018. By that date, “the President will decide whether to continue to exempt these countries from the tariffs, based on the status of the discussions.”

Adding fuel to fire, Trump announced on Friday a new potential Trade Action (Section 301) on an additional $50 B worth of Chinese imports. The U.S. trade representative said the tariffs would focus on theft of U.S. technologies.

Here is what we know so far:

What products are impacted?

What really drives competitiveness of U.S. steel and aluminum producers?

How real is the threat of retaliation?

Most alarming to industry is the potential of the tariffs to trigger a global trade war as impacted exporters consider applying their own tariffs to U. S. products.

On March 16, the EU threatened retaliation on, among other things, cigarettes, ovens, sailboats and lipstick.

On March 23, China announced its own tariffs on $3 billion worth of U.S. imports, which Beijing said was in response to the steel and aluminum tariffs announced earlier this month. China's list includes 128 U.S. products. A tax of 15% would be levied on 120 products such as fresh and dried fruits, nuts, wine and steel pipes, while a tax of 25% would apply to pork, pork products and recycled aluminum. The tariffs will come into effect once a public consultation period ends on March 31.

How grounded is the National Security argument?

Secretary Mattis acknowledged that securing the domestic supply of aluminum is a national security priority but also stated that the domestic supply of this vital material is not currently in jeopardy. The facts speak for themselves: the United States requires 250 kilometric tons (KMT) of high purity aluminum per year. Only 10 % of that production – 25 KMT – is required for defense. This requirement is more than adequately met by the capacity of one of multiple sources of high purity aluminum production that exists in the United States today.

Steel for national defense purposes represents only 3% of current U.S. steel production according to the Department of Defense. And according to the New York Times, the United States imports only about one third of its steel required for manufacturing jets and defense equipment.

U.S. companies import 90% of aluminum needed to manufacture products as diverse as beer cans and fighter jets. That percentage is likely to increase as the U.S. capacity has declined. According to the U.S. Geological Survey, operational aluminum smelters in the United States went from 23 in 1993 to 5 in 2018. Only one of these smelters make the high-purity aluminum needed for fighter jets.

What is the Impact on...

97% of jobs in the U.S. aluminum industry reside in post-primary production, value-added industries like aerospace and defense.

The Coalition for a Prosperous America, a nonprofit organization, estimates the tariffs will add about 19,000 jobs. Ironically, most of the people we have spoken with believe threatened retaliation will have a far greater negative impact on jobs creating a net, net jobs loss over time. Harbor Intelligence said on March 1 that Trump’s aluminum tariffs would boost production jobs by about 1,900, but 23,000 to 90,000 U.S. manufacturing job will be lost

Bloomberg estimates that the cost of steel that goes into a U.S. automobile could go from 2.6% of the manufacturing cost to 3.3%.

In their Section 232 Impact Report, MetalMiner estimated the impact on a hypothetical middle market white goods manufacturer would increase the COGS from 5.7% to 6.9%.

Supply and Demand for Aluminum

Who is really being targeted by these tariffs?

As I mentioned previously, Australia, Brazil, Canada, Mexico, member countries of the European Union, and South Korea have been exempt until May 1, 2018. That means that China, Venezuela, Vietnam, and Hong Kong are the countries immediately impacted. While China appears to be the main target of these tariffs, don’t forget that the EU is the second largest producer of steel in the world (after China). For your reference, the EU produces around 170 million metric tons of steel annually, accounting for 10% of global output, according to the World Steel Association.

What will happen to prices?

No one knows - and anyone that says they do is lying. What we do know is that one of our customers received a letter from Sandvik on March 22 announcing imminent price increases on certain stainless products.

Here is what some of the smartest people we know in the industry are predicting and these predictions assume that prices will not be retroactively applied:

Aluminum: Remains in long-term upward trend. The tariffs provides price support but the folks we know that track prices seem to think that traders had already factored in the news when the tariffs went into effect.

Steel Prices: These will likely see the greatest impact. Prices were already increasing when the tariffs were imposed. Consensus is that Q2 prices will be higher and the tariffs will likely lengthen the duration of the seasonal inflationary cycle.

After attending last week's AIA's Supplier Management Council meeting in Indianapolis, we know the tariff is top of mind for manufacturers and has brought to light the necessity to have better data and visibility in your raw material supply chain. We will continue to monitor and keep you apprised on new developments. 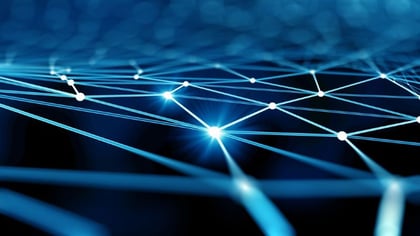 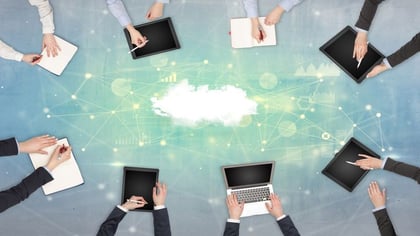 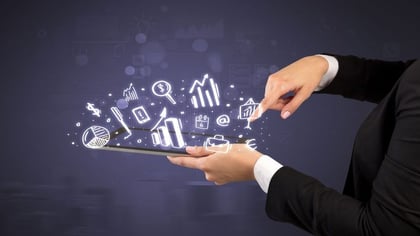